Identified as HSIP-5280(2) Saltillo Rd, 27th - 68th, Lincoln; C.N. 13391, the proposed project would widen the shoulders and extend or replace culverts along 2.1 miles of Saltillo Road. The proposed project would also reconstruct the intersection configurations at S. 40th Street and S. 54th Street. The project begins 0.54 miles (2,190 feet) east of S. 27th Street and ends 0.07 miles (312 feet) west of S. 68th Street. Construction could begin and/or end approximately 500 feet ahead of or beyond the actual project limits to accommodate transitioning the pavement and facilitate traffic maintenance.

The purpose of the project is to provide a safe and modern roadway, improve the intersection capacity and reliability of the transportation asset, and to perpetuate the mobility of the travelling public. The need for the project is supported by several factors identified by a safety study conducted outlining deficiencies in the existing roadway which do not meet minimum design standards, capacity of intersections, and a crash history (which includes fatalities) both within the roadway segments and at the intersections. Over a 10-year, 10-month analysis period, 117 crashes occurred, 41% of which resulted in an injury or fatality. Of the six roadway segments analyzed, three were above the statewide average crash rate, and three of the five intersections were above the statewide average crash rate. The project is also needed because it is an important travel route for the local community, area businesses, local farmers, and residents in a growing part of the city of Lincoln and Lancaster County. 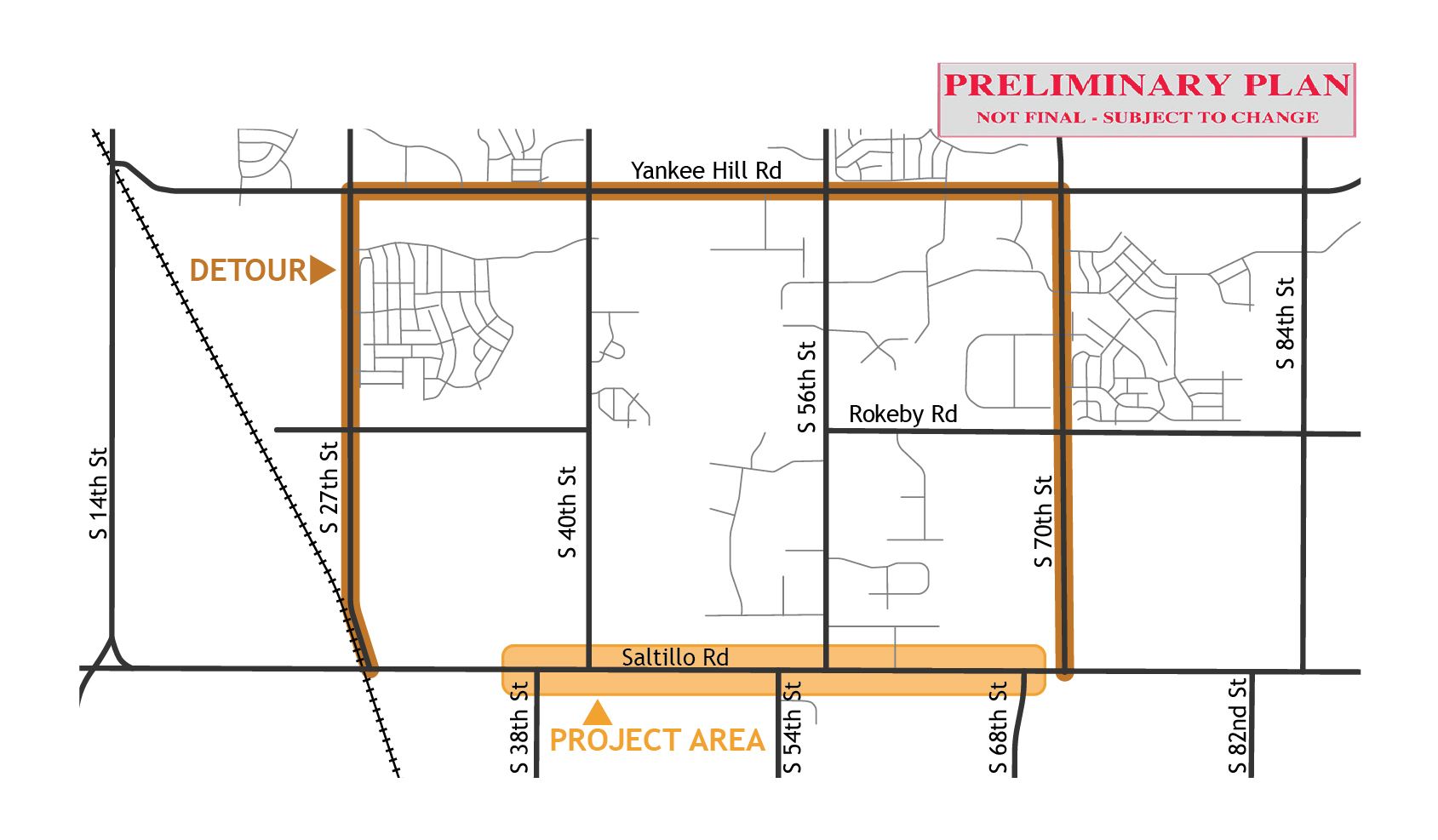 The proposed project would require the acquisition of additional property rights, which could include new right-of-way (ROW), control of access (CA), permanent easements (PE), and/or temporary easements (TE). If your property is impacted by this project, you will be contacted by a representative once the design footprint has been established. Some phases of the project would require detouring Saltillo Road traffic; a designated detour would be provided utilizing S. 27th Street, Yankee Hill Road, and S. 70th Street.  Other phases would be constructed under traffic with lane closures controlled with appropriate traffic control devices and practices.

Potential impacts to environmental resources would be evaluated as the proposed project design progresses. These resources include, but are not limited to, environmental justice/civil rights, cultural resources, historic properties, publicly owned recreation properties (Section 4(f)), endangered and threatened species, hazardous materials, water quality, and other water resources, including wetlands. 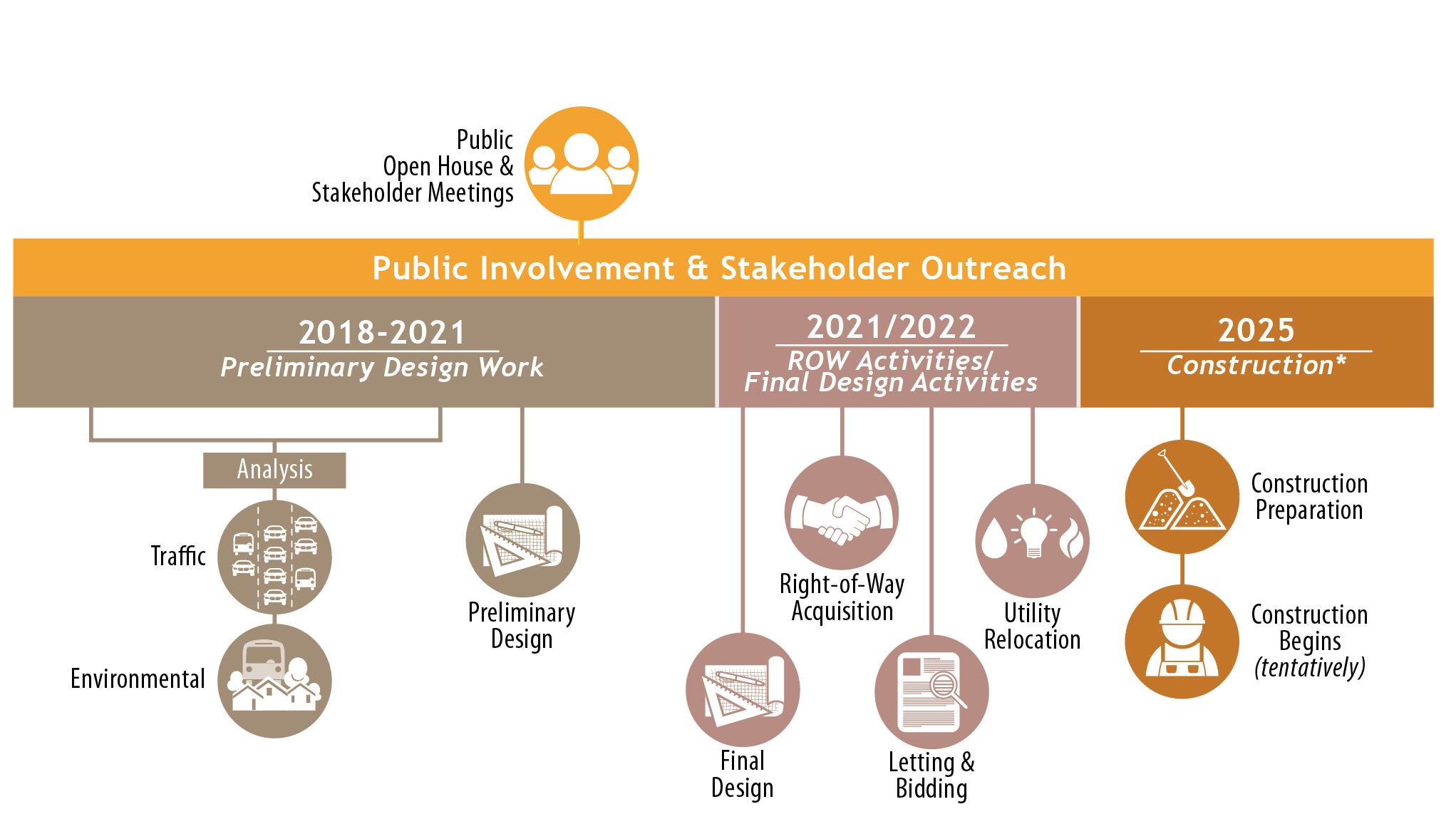 Meeting Handout about the Project from the March 25th Public Meeting: View Handout 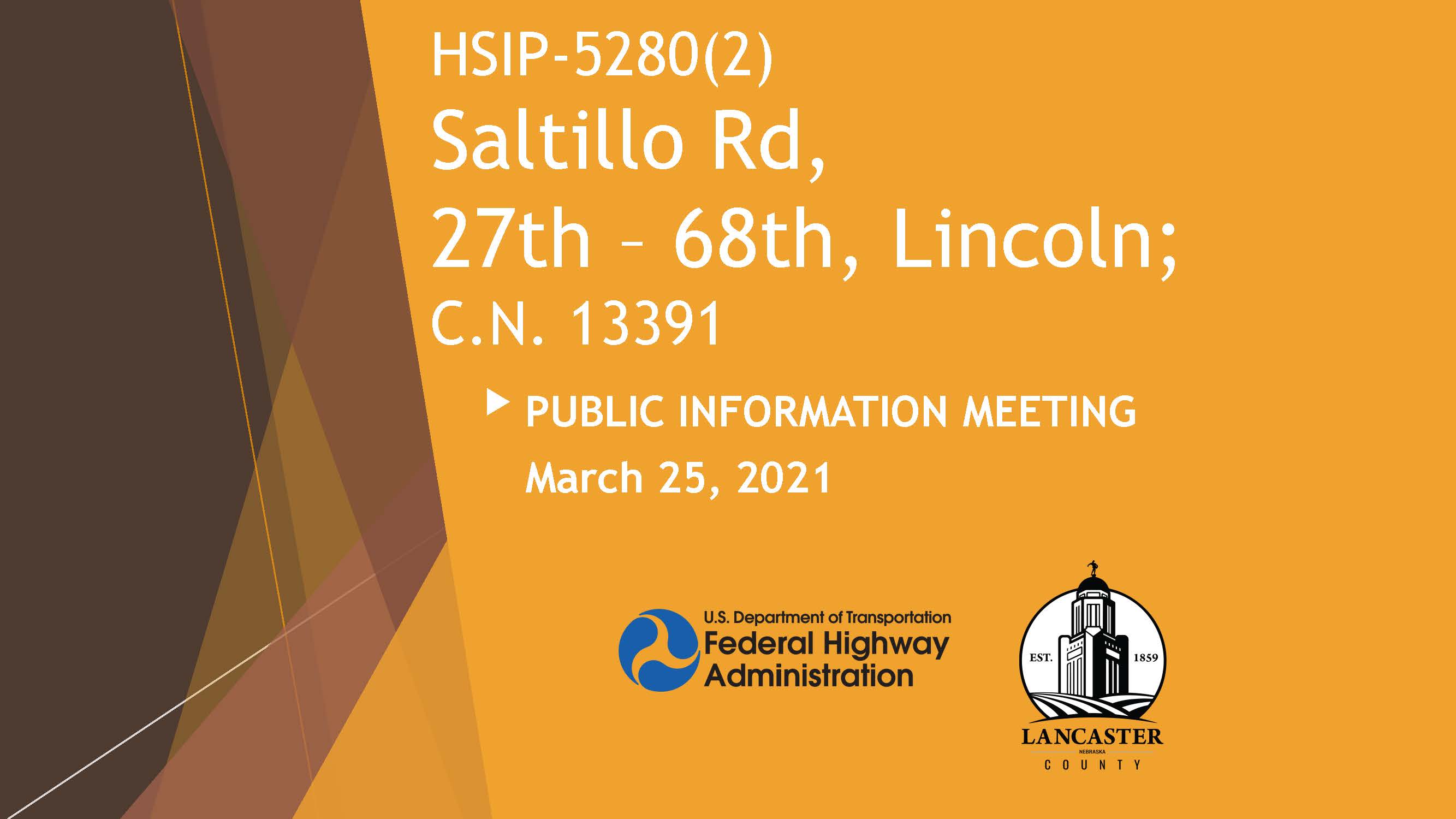 Alternative Intersections: Roundabouts and How They Work