From 1969 to 1970, the Lancaster County Board of Commissioners studied the idea of establishing a Public Defender's Office to represent individuals in all felony criminal cases prosecuted in the County and District Courts. With the support and assistance of the Lincoln Bar Association, the County Board established the office pursuant to statute. In Resolution Number 2607, dated December 15, 1970, the county board established the office, set the salary of the elected public defender at $15,000 and agreed to allow the public defender to have a private practice as long as it did not conflict with his duties as public defender. The Resolution gave notice that anyone interested in applying for the position should make written application on or before December 22, 1970. The resolution was signed by then commissioners Ralph E Harlan, William M. Grossman, and Kenneth Bourne. 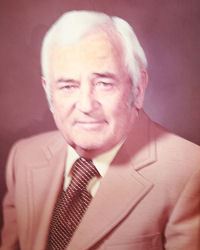 The minutes of the January 12, 1971 meeting of the Board of Commissioners show that a letter was received from Willis R. Hecht, then President of the Lincoln Bar Association, indicating that T. Clement Gaughan was the Lincoln Bar Association's choice for the new public defender position. He was unanimously appointed by the board. One of the commissioners suggested that Gaughan be allowed one deputy and one investigator. Gaughan told the board that he accepted the position and that "he had been defending indigent (sic) people for quite some time." He requested two deputies instead of one and an investigator. Paul Douglas, who was then the Lancaster County Attorney, told the board that the public defender should have two deputies and no investigator.

The minutes of the January 19, 1971 meeting of the Board of Commissioners has several references to the newly created public defender's office. The board approved the proposed budget of the public defender in the amount of $29,775 for the period of January 12, 1971 to June 30, 1971. The board also approved the appointment of Richard L. Goos as Chief Deputy Public Defender at a salary of $12,000 per year "commencing immediately." Also, Gaughan told the board that he didn't really need a full time investigator, but would hire one when needed and pay him on an hourly basis. In subsequent meetings, the board approved Paul M. Conley as a Deputy Public Defender at a salary of $11, 000 per year effective March 1, 1971 and the employment of a secretary, Shea Maher, at a salary of $400 per month. On June 1, 1971 the board approved the employment of Dennis R. Keefe as an investigator and law clerk at a salary of $400 per month. This completed the appointment of the initial staff of the agency. In 1974, the first election for this office was held and T. Clement Gaughan was elected to the position of Lancaster County Public Defender.

The initial offices for the agency were located at 3701 Calvert Street until temporary offices were located in the County City Building in 1972. At that time, three attorneys, one secretary and the part-time law clerk/investigator shared two offices on the second floor of the County-City Building, which were then part of the County Commissioners' suite of offices. These offices marked the first of five locations within the old County- City Building (now the Hall of Justice and Law Enforcement Center) that housed the public defender staff over the years.

In the very first year of operation, the caseload consisted of some felony cases, including post-conviction actions, and a very few juvenile appointments. The wave of misdemeanors, child support contempts, mental health commitments, juvenile cases, paternity establishment and miscellaneous prison cases was yet to come.

1972 marked the beginning of misdemeanor defense practice for the Lancaster County Public Defender's Office. This coincided with the decision of the United States Supreme Court in Argersinger v. Hamlin, 407 U.S. 25 (1972). That year, the office opened a total of 161 misdemeanors. The following year, 1973, saw the beginning of an agreement between the city and county for the Public Defender services in cases prosecuted by the City Attorney in what was then Municipal Court. 35 "Municipal Court" cases were opened in 1973. The County Attorney-filed misdemeanors mushroomed from 151 new open cases in 1972 to 451 new open cases in 1973.

The 1970's brought responsibilities to the Public Defender's Office in addition to the Municipal Court and County Court cases. Mental health commitment cases, child support contempt actions and a variety of prisoner lawsuits from the State Department of Correctional Services were all laid on the public defender's doorstep. Juvenile cases, once limited to a few new delinquency actions per year, expanded the caseload further with appointments in child abuse and neglect cases, as well as status offender and "dependency" cases. In short, the 1970's, through court mandates and legislative action, saw expansion in the nature and role of the office beyond what anyone imagined possible in 1971.

To no one's surprise, these caseload increases resulted in an expansion of the office. From 1971 to 1978, the office grew from 3 attorneys to 8 attorneys and from 1 secretary to 2. While there was some turnover, the attorneys who began their service in the office from 1971 through 1978, in addition to the original 3, were: