The office confronted a crisis situation in the first quarter of 1999 relating to the number of Major Cases and Felonies. In the first quarter of the year, the office had opened 22% more felony cases than had been opened during the same time period in 1998. The number of pending felonies at the end of that first quarter was also 22% higher than at the same time in 1998. To make matters worse, the office had 6 First Degree Murder cases pending in March of 1999 plus 2 other Major cases, which were consuming enormous amounts of felony division staff time. In a memorandum to the Lancaster County Board of Commissioners in March of 1999, Dennis Keefe outlined the problem to the Board and noted that the then current workload for the felony division staff was 41% higher than the Maximum Workload Standard for the office. Eventually, an additional attorney position was added to the felony division during the budget process

In the summer of 2000, Lancaster County Public Defender Dennis Keefe was invited to attend Attorney General Janet Reno's national symposium on indigent defense, along with a team from Nebraska that included Jim Mowbray from the Nebraska Commission on Public Advocacy, Judge Wright of the Nebraska Supreme Court, Judge Luther of the District Court, Judge Foster of the County Court, and Bill Mueller and Linda Crump representing the Nebraska State Bar Association. One of the themes of the conference was the use of standards to improve the quality of legal services to the poor. The team's efforts eventually led to the introduction of legislation requiring standards. 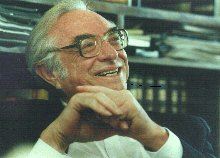 As an office, 2000 was a busy year and, in ways, a sad year. Mary Gehr, our long time office manager retired in September and Dick Goos, one of the founding fathers of the office, died while on vacation in Mexico. Dick's death was a terrible shock to everyone and we will miss him dearly.

2000 also saw the implementation of a screening program for those requesting court appointed counsel in the county and district courts of Lancaster County. This was the result of a joint effort between the County and the State, with the approval of the Nebraska Supreme Court. In a three year pilot project, the Supreme Court approved a new rule and various forms to be used in the program and the County approved funding for a full time and part time screener. An Advisory Committee drafted policies and procedures and interviewed candidates for the position. Ms. Catherine Rech was hired and serves under the County Court Judicial Administrator by written agreement between the state and the county.

The Nebraska Legislature established the Nebraska Indigent Defense Standards Advisory Council to develop and recommend standards to the Nebraska Commission on Public Advocacy regarding all types of indigent defense systems (public defender, contracts, and assigned counsel). The legislature also appropriated nearly $1.3 million over the biennium to reimburse counties for 25% of the amount they spend on felony indigent defense. Dennis Keefe, as the Elected Public Defender for Lancaster County, served as a member of the Advisory Council, as they spent many hours developing standards to be implemented in Nebraska.

Revenue shortfalls at the state level necessitated two special sessions of the Nebraska Legislature resulting in cutbacks in various county aid programs, including the new indigent defense standards reimbursement program. This was terribly disappointing, especially considering the fact that the standards had been developed by that time.

Also in 2002, Dennis Keefe, when confronted with the unprecedented increase in felony cases and the failure of the county board to add an attorney, decided to decline to accept appointments in juvenile abuse and neglect cases. Those cases were chosen for several reasons. First, they were the type of case that will most likely create conflict of interest situations with our felony cases. Secondly, the public defender statutes do not impose a duty on public defenders to represent individuals in these types of cases. Finally, it appeared to be more efficient to decline these cases than to refuse representation in felony cases.

In November of 2002, Dennis Keefe was again elected as Lancaster County Public Defender. The office eliminated a Paralegal II position and added an Attorney I position to handle misdemeanors and some felonies.