In February of 2014, the Public Defender's Office was added as a participant in the last year of a three year grant focusing on youth who were re-entering their communities following stays at the Youth Rehabilitation and Treatment Centers, in Kearney and Geneva.  Working with a team to support the youth's successful re-entry, a public defender attorney visits each youth at the commitment facilities each month, as well as with The Family Team in person and by conference call to further planning efforts.  The public defender attorney also represents and advocates for the plan at the review hearing and then follows the youth for 60 days in the community.  The project was modeled after a similar program in San Francisco that significantly reduced recidivism rates for the youth served in that community. 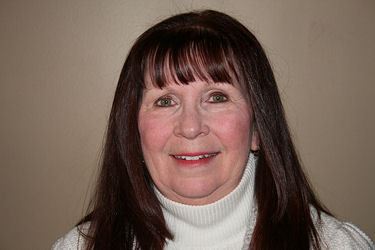 An experienced attorney, Teresa Nutzman was hired as a part time employee of the office to run the program.  Ms. Nutzman not only had experience representing youth in various courts in Nebraska, she had also served as Administrator for the Office of Juvenile Services for the Nebraska Department of Health and Human Services.

In August of 2013, Dennis Keefe announced to his staff that he was not running for Public Defender after 36 years of service. He also announced his support for Joe Nigro, a 30 year Deputy in the office, who later ran and won election in November of 2014 as Lancaster County's 3rd Public Defender.

In 2014, the office hired a second investigator, a new position approved by the Board of Commissioners in the 2013-2014 budget process. Nate Kaiser, an officer with the Lincoln Police Department, was hired to assist with investigations.

Early in the year, Elizabeth Elliott, one of our felony attorneys, announced she was leaving the office to take a position with the State of Nebraska. The office hired Abbi Romshek, a Nebraska native who was then working in the public defender's office in Phoenix, Arizona, to replace her. Abbi is a former law clerk for our office.

In May, Valerie McHargue, another of our felony attorneys, announced she was leaving the office and moving to Florida with her family. Amanda Baskin, a former office intern was hired to replace her. In June, George Dungan, a Lincoln native and a graduate of American University Law School, was hired to fill the additional attorney position that the Board of Commissioners had approved in January.

In December, Sarah Safarik, a former law clerk, joined the office as an attorney in the juvenile division to replace the position that was to be vacated when Dennis Keefe's term of office ended on January 7, 2015. Also, in December, Brittani Lewit, an attorney with Nebraska Legal Aid, and a former law clerk with the Public Defender's Office, joined the office to fill a new attorney position that the Board of Commissioners approved in the 2014 to 2015 budget process ending in August of 2014.